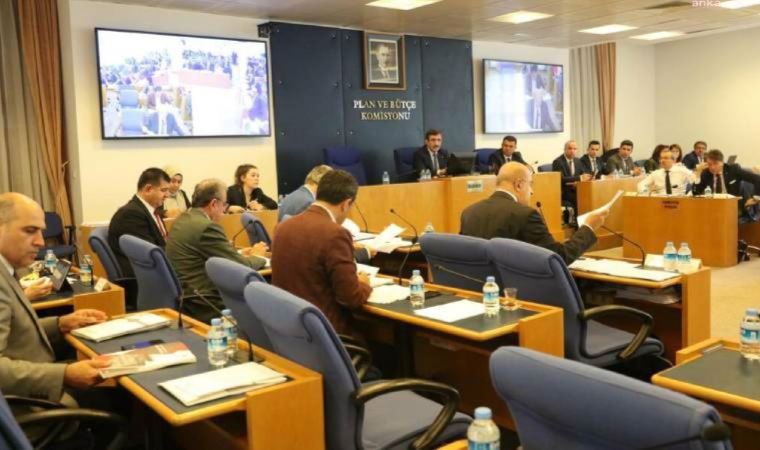 Parliamentary Plan and Budget Committeein, Proposal for the Law on Amending Some Health-Related Laws and Decree Law No. 375‘s negotiations were completed with about 10 hours of work today and the offer was accepted.

The offer on the Twitter account of the Turkish Medical Association (TTB), “You have been stalling doctors for months by saying that you will make arrangements about our personal rights. Despite all our objections to the inadequacy of the bill submitted to the TBBM by the practitioners of the health policies that brought us to the point where we could not work and the health system was inoperable, it was passed through the commission without being changed. Physicians will not forget this evil! We will continue to follow the process and fight” was criticized.

You have been stalling doctors for months by saying that you will make arrangements about our personal rights. By the practitioners of health policies that make us unable to work and the health system to the point where it does not work.

According to the proposal, the period given to family physicians who could not find the opportunity to do residency training while working as a family doctor. January 1, 2029 will be extended until

If 50 percent of the unpaid receivables from the health care costs offered to those who cannot benefit from health insurance by the health facilities affiliated to the Ministry of Health until December 31, 2021 are paid in one year or in installments within one year from the publication of this article, the remaining part will be canceled together with the accessories. If the amount of the receivable is 5 thousand TL or less, the whole of it will be ex officio, and if half of the receivable is below 5 thousand TL, 5 thousand TL will be canceled and the balance will be collected.

It will be ensured that the fixed additional payments of the personnel working in university hospitals are met from the central government budget.

With the proposal, the conditions for the first or reassignment of specialist physicians to the positions and positions of specialists, physicians, dentists and pharmacists in accordance with the legislation on specialization in medicine are determined by the Ministry of Health, and it is aimed to bring a fairer system in appointments. It is envisaged that an arrangement will be made to ensure that doctoral faculty members and chief assistants contribute more qualifiedly to specialization training. The procedures and principles regarding the lottery and the procedures and principles regarding their appointment in the Ministry of Health will be determined by a regulation to be issued by the Ministry of Health.

Due to the limited number of contracted positions, it is aimed to start performing the civil service obligation first as a civil servant, and then to make a change that will allow the transition to contracted status, taking into account the current number of positions. With the regulation, the personnel performing their state service obligations will be able to work as contracted health personnel in their provinces.

Aegean letter from Turkey to NATO and UN

By admin
Recent Posts
Latest News
Facebook Twitter WhatsApp Telegram
Back to top button
Close
Featured Posts
The final declaration of the 8th Gender Justice Congress of KADEM has been announced
May 12, 2022

Keep your conscience up to you, independent courts will reveal whether you exercise power by law or by order.
May 11, 2022

Keep your conscience up to you, independent courts will reveal whether you exercise power by law or by order.

‘Is there any work for the bonibon reserve?’

“It is generating more content than when it came”

President Erdoğan met with President of Ukraine Zelensky
May 30, 2022

Ethiopia..disclosure of the date for the start of electricity production from the Renaissance Dam
February 19, 2022

Ethiopia..disclosure of the date for the start of electricity production from the Renaissance Dam

“I’m going to say an invented surname”
3 weeks ago

We social democrats will continue the struggle by organizing hope.
May 13, 2022

We social democrats will continue the struggle by organizing hope.