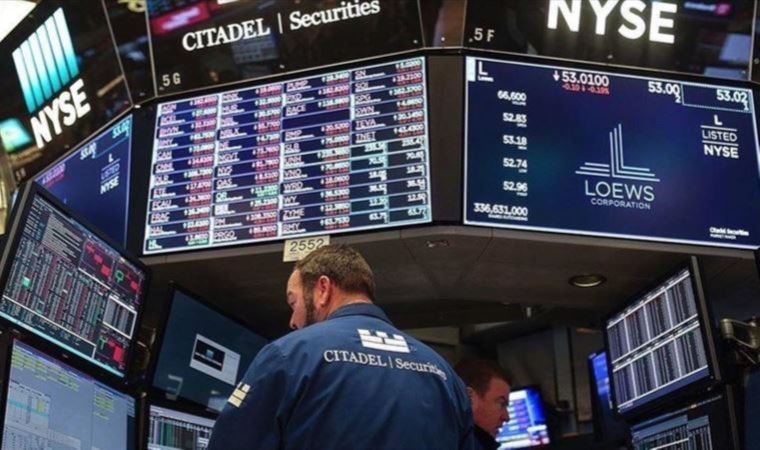 While global markets followed a mixed course with stock and sector-based developments, volatility in the stock and bond markets is expected to increase in the second half of the week, when growth in Europe, inflation in the USA and the European Central Bank’s (ECB) interest rate decision will be announced.

As we enter the second half of the week, when important data will be announced in terms of reshaping inflation and growth-oriented expectations, it is observed that the activity in the stock markets continues with sector and company-based developments. With the increasing sales of the previous day in the bond markets, the US 10-year bond yield fell from 3.06%, the highest level in 4 weeks, and stabilized just above 3 percent.

While statements focused on high inflation and low growth continue to come, US Treasury Secretary Janet Yellen said in her speech yesterday that inflation is at an unacceptable level and will probably remain high.

The World Bank also reduced its global economic growth forecast for this year from 4.1 percent to 2.9 percent, due to the new type of coronavirus (Covid-19) epidemic and the effects of the Russia-Ukraine war, in the June issue of the Global Economic Prospects Report. In the report, which stated that the risk of stagflation increased, it was warned that it would be difficult for many countries to avoid recession.

On the macroeconomic data side, while the foreign trade deficit in the USA fell by 19.1 percent in April, above the expectations, yesterday, exports in the country reached a record level with an increase of 3.5 percent. On the other hand, after US retail chain Target cut its 3-month profit margin expectation from 5.3 percent to 2 percent yesterday and announced that it should offer more discounts to clean its stocks as inflation negatively affects consumer demand, retail sector shares in the New York stock market. While the decline was experienced, the purchases of technology stocks supported the stock markets.

With these developments, the Dow Jones index gained 0.80 percent, the S&P 500 index gained 0.95 percent and the Nasdaq index gained 0.94 percent yesterday. The dollar index, which saw its highest level in two weeks with 102.8 yesterday, is trading at 102.6 today. It is noteworthy that the index futures contracts of the USA started the new day with a decrease.

On the European side, retail sales in Germany fell by 2.7 percent yesterday, above the expectations, while concerns about inflation and growth remained at the center of the agenda, ahead of the data to be announced this week in the region. In parallel with the increase in LNG imports to Europe and the increase in air temperatures, natural gas futures prices decreased to 80 euros. The ECB, which will announce its interest rate decision tomorrow, is expected to clarify the tightening cycle schedule. With these developments, the European stock markets followed a selling course yesterday, while the DAX 30 index in Germany decreased by 0.66 percent, the CAC 40 index in France by 0.74 percent and the FTSE 100 index in the UK by 0.12 percent. While the euro/dollar parity was traded at 1.0680, 0.2 percent below the previous closing level, index futures contracts started the new day with a decrease.

According to the data released on the Asian side, the first quarter contraction rate of the Japanese economy was revised from 1 percent to 0.5 percent. Although the measures lifted after the Covid-19 epidemic in China continued to support the risk appetite, a mixed course was observed in the Asian stock markets with the expectations for more hawkish central banks globally. While the Shanghai composite index decreased by 0.2 percent in China near the closing, the Sensex index in India increased by 0.2 percent, the Nikkei 225 index in Japan increased by 0.9 percent and the Hang Seng index in Hong Kong increased by 1.7 percent.

Domestically, the BIST 100 index increased by 0.07 points to 2,648.19 points, closing the highest level of all time, and brought its highest level record to 2,656.17 points. Dollar/TL is traded at 16,8640 at the opening of the interbank market today, after completing the day at 16,7615 with an increase of 1.1 percent compared to the previous closing level.

Analysts stated that volatility may continue in the stock and bond markets before the important data that will shape growth and inflationary expectations, adding that stock and sector-based movements may come to the fore in this process.

Stating that today, in addition to the OECD economic outlook report, industrial production in Germany, growth in the Eurozone and wholesale stocks in the USA will be followed, analysts stated that technically, the BIST 100 index 2.650 and 2.690 levels are resistance and 2.620 points are support.

The bus will depart from Sivas for the cup final

This decision is now a matter of psychology.

By admin
Recent Posts
Latest News
Facebook Twitter WhatsApp Telegram
Back to top button
Close
Featured Posts
TVE thrashed (47.9% and 5.8 million) with the historic debut of Spain in the World Cup in Qatar
7 days ago

TVE thrashed (47.9% and 5.8 million) with the historic debut of Spain in the World Cup in Qatar

Message from Finland and Sweden to Turkey: We are ready to talk
May 17, 2022

Message from Finland and Sweden to Turkey: We are ready to talk

These major economies will experience inflation in the next 12 months
July 6, 2022

These major economies will experience inflation in the next 12 months

The water level dropped in the dam, the remains of the old road and village appeared
August 24, 2022

The water level dropped in the dam, the remains of the old road and village appeared

Sevilay Yılman returned to her corner in Habertürk after 5 months
May 16, 2022

Sevilay Yılman returned to her corner in Habertürk after 5 months

The citizen’s account reveals the date for disbursing the February payment | And the fact that the amount of support increased
February 7, 2022

“It is estimated that the negative consequences of today’s precipitation may be more”
June 12, 2022

“We have invited her and she does not want to come”

Flu increased with the removal of mask requirement, experts warn
May 13, 2022

Flu increased with the removal of mask requirement, experts warn