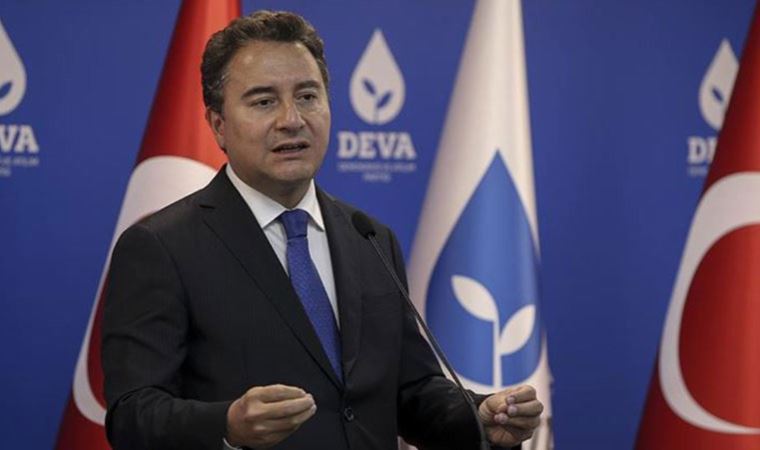 Deva Party, one of the six parties of the alliance table that brought the opposition together, continues to organize throughout Turkey and to announce its action plans as a candidate for power. Deva Party Chairman Ali Babacan opened the district center in Istanbul Büyükada the previous day. We chatted with Babacan on a variety of topics from the 6-person table to the economy. Babacan answered our questions as follows:

“WE MADE THE AGENDA”

Of course not. Table of 6 does not fall apart. As Deva Party, we are at the table until the end.

– What is the most important agenda of the six parties these days?

The first issue that the six parties agreed on is the transition to the parliamentary system. We are also working on the transition process roadmap. How will Turkey be governed when transitioning to the parliamentary system? As a party, we put out a full-page agenda. Now every party is working on it. Different models will emerge in these studies. Then we will reduce it to a single model.

– What is the essence of this work?

In our opinion, the philosophy of the business should be as follows. Since we have agreed on the parliamentary system, there should be a management style in accordance with the spirit of this system. There should be a de facto parliamentary system. Yes, the constitution has given the president very broad powers. However, if we all agree on the roadmap of this transition process before the elections, put it into a written document and all party heads plus the candidate from outside sign this document, then this becomes a political commitment.

– Is this agreement very important to you? How soon will this roadmap be ready? Anyone say no?

It’s a very critical issue. The constitution has given a wide area, we will narrow this area and establish the separation of powers and balance control mechanisms. We said that it would not be right to talk about an alliance without agreeing on the transition process roadmap. It is very important how the partner candidate will act. It will take some time. Because there are many details and alternatives. No one says no.

– On which issues did the 6-way table agree?

We agreed on three issues. Work Done. We will announce on June 13th. One is the independence of the Central Bank, the revival of the Economic and Social Council and the establishment of the Strategic Planning Authority. For this, we formed a temporary committee. We have İbrahim Çanakçı from CHP, Faik Öztrak from CHP, and Durmuş Yılmaz from Iyi Party. Our friends who know the state structure. It will be an institution that will determine a long-term strategy for the country, have a qualified manpower, know the trends, and work on what areas Turkey should focus on.

– Aren’t you late to nominate candidates as six parties?

The public is curious. There is pressure from the government, to explain. But among ourselves, all parties are comfortable with this. We don’t think rushing will do any good. Today, we are consistent that it is not something we need to talk about right away. It would be too risky otherwise. For example, if we close now, work until the white smoke comes out, like in the Vatican, we nominate a common candidate, I am worried. Because it is a risk to determine a common candidate after a common discourse is not formed in basic policies. As soon as the presidential candidate is chosen, they will ask him everything. Projectors will return from six parties to the island. What question will that candidate answer and how? Will he say “I don’t know, six parties know” or will he answer with his own repertoire.

– How do you see the state of the economy? Is the crisis deepening?

The financial community also asks this a lot. There is heavy traffic at this time. Our traffic. Two or three weeks ago, we met with nearly 100 fund managers. We held a meeting digitally. The biggest fund that manages $9 trillion is coming this week. Last year’s questions in our meetings with the funds were what the government would or wouldn’t do because I knew the AKP closely. Right now, they are asking, what are you going to do? There appears to be a change. The projectors are turned from what the government is likely to do to what we will do. I experienced this in 2002. Nobody was asking about the tripartite coalition, they were asking what we would do.

WALK IS RISING FROM THE BAZAAR MARKET

– You are traveling around Turkey. What is the citizen’s attitude?

We were in Iskenderun the previous day. We hardly walked in the market. The citizen has bought a quarter of a watermelon, he is showing it. He cries out, he says, save us. Our hope is that the government will change before the economy gets too bad and there is a collapse.

The US knows that Turkey is not a reliable partner

The daughter-in-law of Minister of National Defense Hulusi Akar is a manager at a US company.

‘Easy’, the series that shows that not only people with disabilities live under guardianship
9 hours ago

‘Nightmare in El Paraíso’ brings together Sandra Barneda and Nagore Robles in the second edition, which loses Lara Álvarez
1 day ago

‘Nightmare in El Paraíso’ brings together Sandra Barneda and Nagore Robles in the second edition, which loses Lara Álvarez

The Ukrainian-Russian crisis.. How did Egypt prepare to secure wheat?
February 16, 2022

The Ukrainian-Russian crisis.. How did Egypt prepare to secure wheat?

Thousands of citizens and lawyers were victimized
September 21, 2022

Thousands of citizens and lawyers were victimized

Liverpool crush Leeds for six and reduce the gap with City
February 23, 2022

Liverpool crush Leeds for six and reduce the gap with City