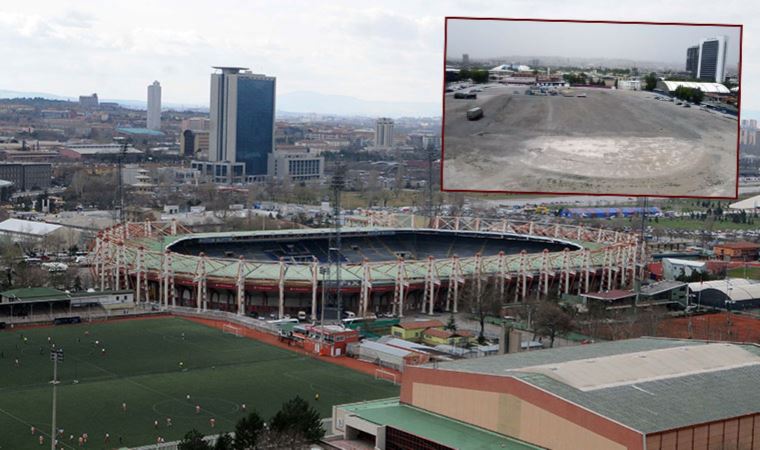 While the government could allocate a budget to demolish Atatürk Airport, it could not find the budget to replace the 19 May Stadium in Ankara, which was demolished four years ago, on the grounds that it was “rotten”.

The stadium was demolished in 2018. The foundation of the new stadium, which is stated to be built in its place, has still not been laid despite the statements of President Recep Tayyip Erdoğan.

IT WAS FINISHED IN TWO YEARS

CHP Ankara Deputy Murat Emir emphasized that it is unthinkable for a capital to have a stadium, and reminded that a promise was made that a new stadium would be built in two years. Emir said, “Not a single nail has been driven. We think it was a deliberate delay. It has problems both with Atatürk, 19 May, İnönü and the Republic, and with Ankara because it is the capital of the Republic.”

Pointing out that Ankara was “neglected especially during the AKP period,” Emir said, “They have goals such as shrinking Ankara, moving public institutions out of Ankara as much as possible, and perhaps making Istanbul the center of Turkey again. We see this clearly and strikingly in the absence of the 19 May Stadium. As a matter of fact, the appropriations allocated every year are used for other purposes.”

IYI Party Ankara Deputy Halil İbrahim Oral said, “The government has spoiled the smell of the business. Apart from the ‘nation gardens’, there is nothing else they can give to the contractors and obtain a rent,” he said.

Noting that President Erdogan promised for the new stadium, Oral said, “Four years have passed, but nothing has been done. The government is deaf and never listened,” he said. Noting that Ankara sports are suffering from difficulties, IYI Party member Oral said, “Ankara has been relegated in all sports. Because 19 Mayıs Stadium was a complex that served all sports branches around it. At the moment, the winds are blowing in place,” he said.

Emphasizing that the 19 Mayıs Stadium should be opened in accordance with the spirit of 19 May, Oral said: “The Anıtkabir is not even mentioned in the Capital Culture Road project. It is understood from this that a 19 May Stadium, which is a symbol of Atatürk’s name, will not be built. They are dealing with places that we don’t know what they are called ‘nation garden’. Making Atatürk Airport a national garden… This hurts us. 19 May Stadium should be built.”

Eyes on July… ‘What could be the minimum wage hike?’

“You are also in a body that does not correspond to you, that of a supposed moderate politician”

Tunisia .. Kais Saied will not dissolve the Supreme Judicial Council

The watch that Erdogan gifted to Mesut Özil became the agenda in Germany: Six times the minimum wage
August 25, 2022

The watch that Erdogan gifted to Mesut Özil became the agenda in Germany: Six times the minimum wage

The roads parted with Sebastian Holmen in Çaykur Rizespor!
May 16, 2022

The roads parted with Sebastian Holmen in Çaykur Rizespor!

Thunderstorm and snowfall warning from Meteorology
May 19, 2022

Thunderstorm and snowfall warning from Meteorology

Temperature reached 30 degrees in Istanbul: Density in Caddebostan was viewed from the air
July 16, 2022

Temperature reached 30 degrees in Istanbul: Density in Caddebostan was viewed from the air

Badge from Kılıçdaroğlu to the 90 thousandth female member of his party
August 7, 2022

Global game in wheat! No problem in Turkey

From male to female .. a study reveals an “amazing” transformation in the liver
February 22, 2022

From male to female .. a study reveals an “amazing” transformation in the liver