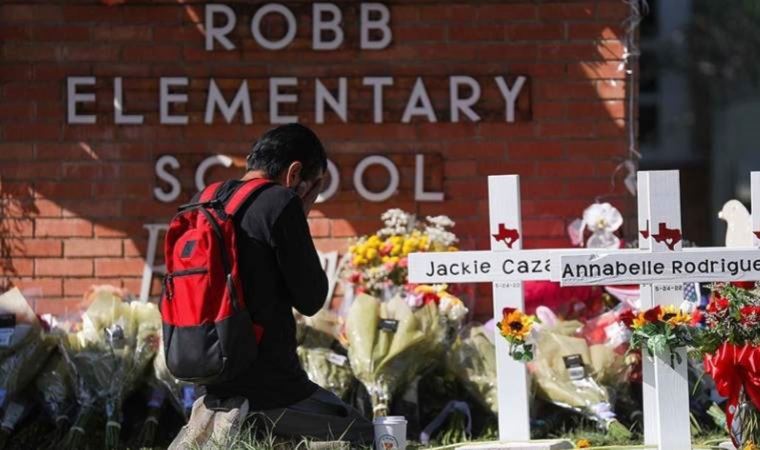 Texas Senator Roland Gutierrez, at a press conference, said that the calls made by the students from the class to the emergency line 911 at the time of the incident were not forwarded to the supervisor who commanded the teams around the school.

Gutierrez stated that the State Emergency Communications Commission, which is investigating the attack, told him that all calls to 911 went to the city police, and that Commissioner Pete Arrendondo, who oversaw the school district, was unaware of the calls.

Describing the communication breakdown as a “system failure”, Gutierrez blamed Texas Governor Greg Abbot for this.

Gutierrez said, “For 45 minutes, Uvalde police received 911 calls while 19 police officers waited in the school corridor. We do not know whether these calls were forwarded to the police at the crime scene. There are faults at every level, and Governor Abbott is to blame for all of this.”

Texas Department of Public Safety Director Steven McCraw responded to the criticism of the police’s failure to intervene in a timely manner at a press conference last week, saying that the command center at the scene thought “the children were not at risk”, so he was waiting for tactical teams.

“At the time, the on-scene commander believed there was a transition from an active assailant to an individual who had taken refuge behind barricades. But from the information available, clearly the children in that class were at risk and the assailant was still active. It was the wrong decision,” McCraw said.

18-year-old Salvador Ramos, who attacked Robb Primary School in the town of Uvalde with his AR-15 type automatic assault weapon on May 24, shot dead 19 children and 2 teachers from the same class.

While investigations into the attack were ongoing, especially the families of the children accused the police of not responding to the attacker in a timely manner.

Trailer and release date of La ltima, the series by Aitana and Miguel Bernardeau

‘Who is my father?’ (12.2%) inherits in its premiere the discreet leadership of ‘Let yourself be loved’

‘Will he return with the ship his grandfather escaped from?’

‘The daily pass guarantee is 270 thousand, not 135 thousand’

Fireworks and car horns.. Scenes of celebrations in Donetsk
February 22, 2022

Fireworks and car horns.. Scenes of celebrations in Donetsk

Reaction to Erdoğan targeting Tunç Soyer from CHP: Tunç Soyer is not alone

AK Party submitted to the Parliament: In order to prevent mucilage…
May 23, 2022

AK Party submitted to the Parliament: In order to prevent mucilage…

Gasoline and diesel prices have risen again: Here are the latest prices
May 28, 2022

Gasoline and diesel prices have risen again: Here are the latest prices

‘Elite’ surprises with the signing of Maribel Verdú and the return of Omar Ayuso for season 7
October 25, 2022

Whoever spent time, spent a day, spent money in KPSS; The state must also pay compensation.