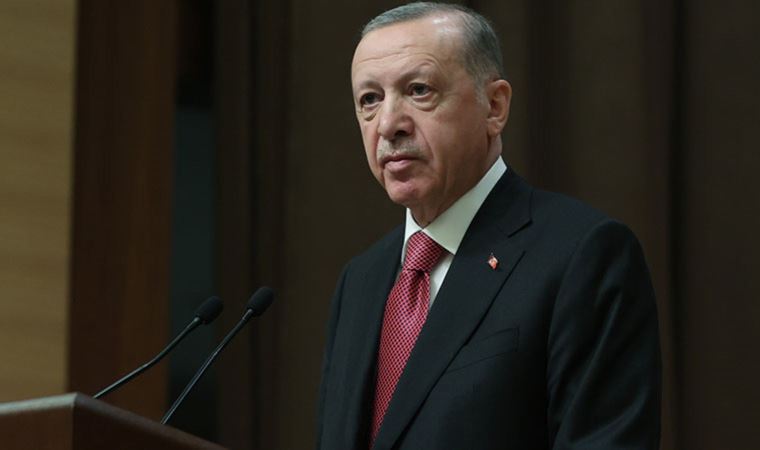 President of the AKP, Recep Tayyip Erdoğan, addressed the citizens who participated in the Gezi Resistance in his party’s group meeting speech yesterday. He repeated the claim that “These terrorists, thugs had contaminated the inside of the mosque with beer bottles.” Erdogan, “These are rotten, they are bitches” for the activists participating in the resistance used the phrases.

Lawyers of the People’s Liberation Party (HKP) filed a criminal complaint, stating that AKP President Erdoğan committed the crimes of “insulting” and “inciting the people to hatred and enmity or insulting them”.

“ERDOĞAN HAS BEEN FULL OF INSPECTIONS”

The following statements were included in the petition submitted by the lawyers of the HKP to the Prosecutor’s Office:

“The suspect Recep Tayyip Erdoğan is a witness to the millions of people like me and me who are peacefully taking action for the honor, independence, nature and trees of the country; he insulted workers, laborers, women, men, young people, old people and children, in short, all our people, full of slanders. For this reason, on behalf of all workers, laborers, women, men, young and old who do not accept these insults and do not believe these lies, on behalf of the millions who say “this is just the beginning, continue the struggle”, on behalf of the millions who were killed in these actions and if they were among us, we would like to declare this criminal complaint. I am giving on behalf of Mehmet Ayvalitaş, Abdullah Cömert, Ethem Sarısülük, Ali İsmail Korkmaz, Medeni Yıldırım, Ahmet Atakan and Berkin Elvan, whom I believe will give.”

In the petition, the lawyers of the HKP demanded an investigation and then a public action against Erdoğan.

“MILLIONS HAVE BEEN INJURED”

Lawyer Doğan Zafer Çıngı made a statement regarding the criminal complaint. Çıngı made the following statements:

“Dear People, It has been a shameful day for the history of our country. Tayyip Erdoğan insulted the millions who participated in our Gezi Park protest, one of the most just and legitimate actions in our country’s history, with the words “terrorist, bandit, rotten and slut”. Tayyip Erdoğan repeated a slander that turned out to be a lie, “They drank beer inside the mosque” while making these insults.

However, it has been revealed before that these words were false. Tayyip Erdogan repeats these false words. How do we know this? Because the imam of that mosque said, “I can’t lie, alcohol was not drunk in the mosque.” And because of these words, he was exiled and punished by AKP members and Tayyip Erdoğan. Because that imam was not a fake Muslim like the AKP’s, not a CIA Muslim. He was a true and sincere Muslim and therefore spoke the truth. However, the AKP’s people, whose only god is the god of money, could not stand after those lies were revealed and took revenge on this imam in this way.

Tayyip Erdoğan, on the other hand, took the words he said in his speech to the level of insult. He shamelessly called the Gezi Park protesters, in which fifteen million people participated, “sluts”. We do not accept that this person, who is sitting in the Presidential chair without a diploma, speaks insulting words by targeting fifteen million people without being ashamed or bored. We cannot make ourselves feel that these words are spoken to fifteen million people. We never, ever accept this immorality and these insults.

For all these reasons, especially for each of our citizens who participated in the Gezi Park protests, for the martyrs we lost in the Gezi Park protests, for our party members and administrators in all provinces for the crimes of “insulting” and “inciting the people to hatred and enmity” for these insults of Tayyip Erdoğan. started to make a complaint.

Dear People, we also have a request from you. Do not accept these insults to yourself. You too, get a copy of the criminal complaint we made and go to the Public Prosecutor’s Office in your provinces and file a criminal complaint against the suspect Tayyip Erdoğan.

Discussion on the “tripartite memorandum between Turkey, Finland and Sweden” in the General Assembly of the Turkish Grand National Assembly

Fenerbahce passed Bursaspor and advanced to the semi-finals!

A healthy mouth protects your child’s heart… a study that reveals the relationship
February 17, 2022

“This provocation is being investigated from all aspects”
July 30, 2022

“This provocation is being investigated from all aspects”

Five reasons why ‘Glee’ has been able to transcend tragedies
October 13, 2022

Five reasons why ‘Glee’ has been able to transcend tragedies

Critical warning from lawyers to tenants

They requested loan support from Russia

They transform the rate that Turkey gets from the IMF as much as it can afford, into ‘borrowed’
August 10, 2022

They transform the rate that Turkey gets from the IMF as much as it can afford, into ‘borrowed’