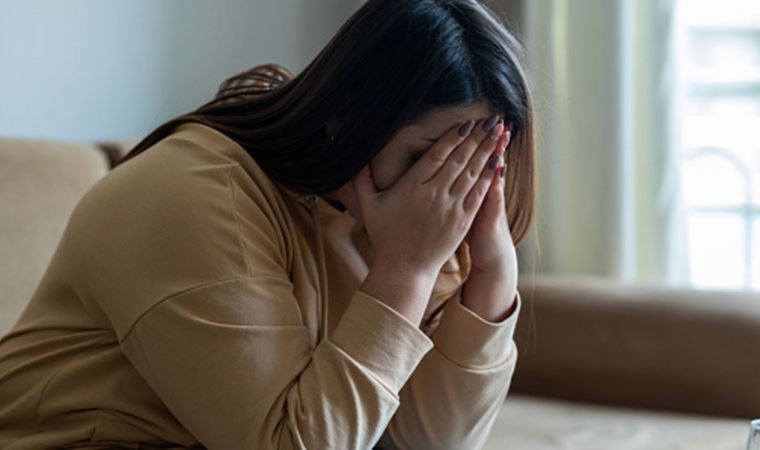 Cryptocurrency markets, which have a prominent place on the world agenda every day, have been declining greatly in recent days.

The decline in the crypto money market causes many investors to suffer financial losses. The psychological problems caused by the loss of crypto money, which are frequently on the agenda, are increasing day by day. Talking about the situation in which many people are affected psychologically, especially in this period when the markets are in decline, Psychologist Murat Kural said, “People should not avoid getting support” said.

“PEOPLE USE VARIOUS WAYS TO SECURE THEIR FUTURE”

The psychology of securing the future of himself and his children, which is shown as the common goal of all humanity, drives people to different investments. Stating that this situation has always happened, but it has been seen intensely in cryptocurrencies in recent years, Psychologist Murat Kural said, “Recently, people have a tendency to manage their assets in various investment vehicles. People resort to various ways to secure their future. This is something that happens almost all the time. There is an investment tool called crypto money, which has been on the agenda for the last few years. In addition, people invest their money in other investment instruments, namely the stock market, foreign currency, gold and precious metals. People want to feel secure about their future and especially their children’s future. While doing this, of course, they want to invest their existing resources in places where they are sure about their future or reliability.” said.

“PEOPLE CAN COME TO THE POINT OF SUICIDE”

People’s financial losses in the face of their investments in cryptocurrencies can have negative consequences. The effort to replace the lost money with different investments can cause greater losses. In this way, Kural states that people who get into an inextricable situation can be dragged to suicide. “Cryptocurrency is not as clear a field in terms of reliability as depositing our money in a bank and making a return on it. You deposit your money and you start to earn money in line with the amount you deposit in a varying time. Of course, due to the recent changes and movements in the market, people started to lose money in return for the resources they invested. This loss began to be excessive, regardless of the size or smallness of the money they invested. People were affected psychologically by this process and the number of applications to our hospital increased. People may experience various psychological disorders due to economic problems. At the beginning of these, there is the emotional impact caused by the difficulty of the process that we call depression. In fact, he starts to feel bad because he made a loss in that investment vehicle that he entered with other dreams. And after a while, people try to cover this loss by taking bigger risks in the same investment vehicle. So they start to do more damage. When this becomes unbearable, people have recently come to the point of committing suicide. Because when I look at the place where he has come from, from the point he originally dreamed of, he encounters many losses and now the person thinks that this is irreversible. When we first make a loss, that is, when we start to make a loss on the investments we make with the aim of making a profit, it is useful to stick to the proverb ‘It is profit from whichever way you get the loss’. Because when we try to undo the damage you have done, the damage we will take grows even more. Psychologically, we tend to get more and we come to the point where we lose our way, our way. he warned the citizens.

“People should not avoid getting support”

Psychologist Kural, who stated that financial damages also harm the family integrity and that the divorces related to this have increased recently, stated the importance of psychological support with the following words:

“Besides, this situation deteriorates family integrity. Divorces are on the rise. People’s relationships are deteriorating. After all, when a person is depressed, they feel bad and unhappy. Because it starts to shut itself down. We should definitely stay away from actions aimed at covering the losses we face in our investments. Wherever the loss is returned, it is profit. In terms of family integrity, we must ensure that family members are aware of the investments we make. We are trying to face the possible bad results on our own. We should definitely inform our spouse, mother, father. While trying to save the unannounced investment, we also come across people who get into more debt and this time jeopardize their family integrity. If we feel bad about the harm we have done, we should definitely seek psychological support. In order not to start repeating the wrong behaviors constantly, people in this situation should not avoid getting support.”

Even second hand is too far away!

Galatasaray star Kerem Aktürkoğlu: ‘Thank you for everything’

Algerian ministers on the study bench… What’s the story?
February 6, 2022

Algerian ministers on the study bench… What’s the story?

Since the Big Bang .. “Supercomputer” reveals what happened in the universe
February 10, 2022

Since the Big Bang .. “Supercomputer” reveals what happened in the universe

“The CHP was too late to send Tanju Özcan to discipline”

America will not act on Sunday evening… on a date with “crazy numbers”
February 13, 2022

Kerry urges emulation of the “Pharaohs” to protect the climate
February 21, 2022

Kerry urges emulation of the “Pharaohs” to protect the climate

Sudan.. Dozens of injuries in protests near the presidential palace
February 7, 2022

Sudan.. Dozens of injuries in protests near the presidential palace

Gabilondo, Del Olmo and Herrera recount their worst moment on the radio in Lazos de Sangre
2 weeks ago

Gabilondo, Del Olmo and Herrera recount their worst moment on the radio in Lazos de Sangre