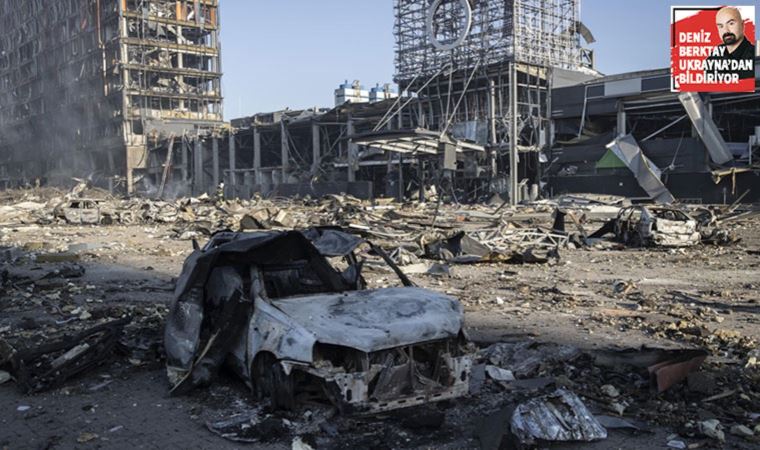 The Ukrainian administration says it will counterattack with weapons from the West in the coming months. Russian Defense Minister Sergey Shoigu says that their current goal is to seize the entire Donbas (especially the city of Lugansk in Donbas). It is unclear whether they will even reach this scaled-down target anytime soon. The Ukrainian Ambassador to Berlin Andrey Melnik’s statement that Ukraine may re-adopt to join NATO once again showed that Russia and Ukraine are unlikely to reach an agreement in the near future.

RUSSIA DIRECTIONS TO THE EAST

Yes, Russia was in a difficult situation in this war. However, it would be unrealistic to say at this stage that this situation will bring the end of Putin. Because the Russian administration shows this war not as a war with Ukraine, but as a war between Russia and the West (the West’s intense arms aid to Ukraine and especially the UK and the USA’s convincing the Ukrainian administration not to make an early ceasefire with Russia, It shows that this claim of Russia is not unfounded). This is how society perceives it. The escalation of the Russia-West conflict causes the Russian administration to embrace Soviet symbols more. Every year, the celebration of the 9 May Victory Day, which symbolizes the end of the Second World War, with even greater enthusiasm, and the waving of red flags (albeit without a sickle-hammer) at the ceremonies. Now, on the 100th anniversary of the establishment of the Soviet scout organization, a draft law has been presented to the parliament, which foresees the re-establishment of this organization. Whether Putin approves of this is unknown. However, the Putin administration pays attention to the history education of the new generation and to fill the official ideology gap created by the collapse of the Soviet Union with new values, a mixture of religious conservatism, Russian nationalism and Soviet aspiration. On the other hand, Russia, surrounded from the West, is turning more and more east (let us remind you that there are discussions about moving the capital from Moscow to Siberia in Russia). Thus, while this last war causes a great break between the West and Russia on the one hand, it also directs Russia to Asia and its own values, on the other hand. Therefore, this year will be the scene of turning points in world history. It is imperative that we carefully monitor the north of the Black Sea.

‘Fight against irregular migration’ operation from the Interior: 29 organizers detained

We want to finish the job this week

He claimed that the ambulance, which he gave the wrong address, came late, tried to set himself on fire.

Check Also
Close
The France-Denmark (20.6%) captures the attention in the afternoon and the ‘Deluxe’ (12.6%) leads downwards at night
1 hour ago

Telecinco: Jorge Pérez leaves the set of ‘Fiesta’ after discovering his infidelity with Alba Carrillo: “I have passed some limits”
2 hours ago

Covid-19 statement from Iran: We are experiencing the 7th wave

Personal finance without guarantees or guarantors for all citizens and residents in the Kingdom 2022
February 8, 2022

‘Instead of spending 801 million dollars on Ankapark…’

Joint exercise by the USA and Japan

Monitoring the first infection with a virus sourced from monkeys..a rare disease without a vaccine
May 8, 2022

Monitoring the first infection with a virus sourced from monkeys..a rare disease without a vaccine