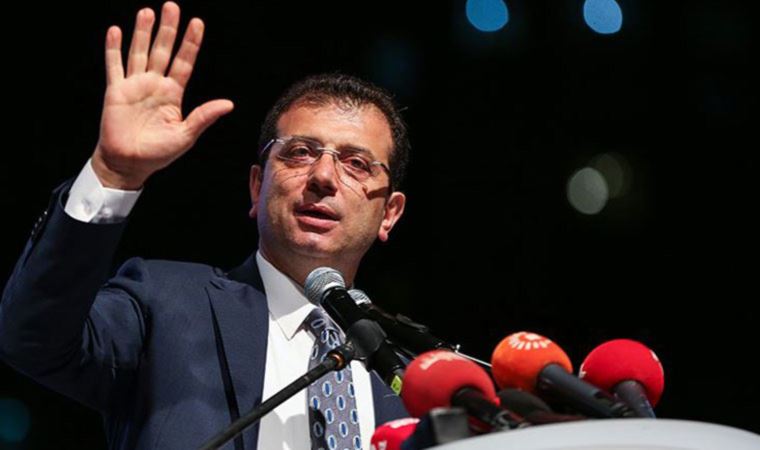 While the trial of Istanbul Metropolitan Municipality (IMM) Mayor Ekrem İmamoğlu for allegedly insulting the chairman and members of the YSK in the press statement he made after the March 31 elections were cancelled, Interior Minister Süleyman Soylu filed a criminal complaint due to the statements used by İmamoğlu at the hearing.

According to the news of Sevgim Begüm Yavuz from Sözcü, in the petition filed by Süleyman Soylu’s lawyer to the Anatolian Chief Public Prosecutor’s Office, “Ekrem İmamoğlu targeted my client’s personal rights in order to get rid of the crime completely in the hearing at the Istanbul Anatolian 7th Criminal Court of First Instance on January 10, 2022. It will be understood very clearly that he received it.”

The petition states, “The suspect, who declared that he did not target a particular person during the investigation phase, attacked my client’s personal rights by declaring that he used the expression subject to our complaint this time for my client in order to avoid the crime during the prosecution phase.” In the petition, it was demanded that İmamoğlu be punished for “insulting a public official due to his duty”.

Following Soylu’s criminal complaint, Ekrem İmamoğlu’s lawyer Kemal Polat submitted a petition to the prosecutor’s office. In the petition, it was stated that the prosecutor’s office should initiate an investigation ex officio for the statement of the Minister of Interior, since the expression ‘Idiot’ was first used by the Minister of Interior Süleyman Soylu on 4 November 2019 against Ekrem İmamoğlu, the mayor of Istanbul Metropolitan Municipality, who was a public officer at that time.

It was stated that SOYLU SAY “DAMN”

It was stated that Ekrem İmamoğlu attended the Council of Europe Local and Regional Authorities Congress held in Strasbourg, France, as the Mayor of Istanbul Metropolitan Municipality, and made political criticism in his speech at the congress.

In the petition, “After the client’s speech in the European Parliament, the Minister of Interior used the phrase ‘I am telling the idiot who went to the European Parliament and complained about Turkey’ to his client. Accepting that the expression ‘stupid’ should be investigated or prosecuted requires an ex officio investigation to be launched against the Minister of Internal Affairs.

HIS ANSWER TO SOYLU

In the petition, when the plot, the reflection of the events to the public, the whole of the statements and the statements of İmamoğlu in the file of the Istanbul Anatolian 7th Criminal Court of First Instance were examined, it was noted that the expression he used was expressed as a political criticism upon the question of the press, in response to the Minister of Interior. This statement was also reflected to the public with the headlines ‘Reply to Süleyman Soylu from Ekrem İmamoğlu’, the President of the YSK Sadi Güven and some YSK members submitted a petition to the Istanbul Anatolian 7th Criminal Court of First Instance and by posting it on the official website of the YSK. In his statements made to the public, he also stated that the statement was not directed at them, and in the trial against the client with the allegation of insulting the members of the YSK, not even one of the members of the YSK at the time made a complaint or a statement to participate, on the ground that the statement was directed against him.

SOYLU’S EXPRESSION OF ‘DAMN’ IS ALSO REQUESTED TO INVESTIGATE

In the petition, it was stated, “We request the Istanbul Anatolian Chief Public Prosecutor’s Office to ensure that all these events are evaluated during the prosecution phase, by including the words ‘stupid’ and ‘this nation will make you pay for this’, which the complainant uttered against his client due to his public duty, ex officio included in the scope of the investigation.

It is unlikely that the nuclear deal with Iran will be returned any time soon.

The regulation regarding the additional course fees of teachers and master trainers has been published in the Official Gazette.

‘Easy’, the series that shows that not only people with disabilities live under guardianship
9 hours ago

By admin
Recent Posts
Latest News
Facebook Twitter WhatsApp Telegram
Back to top button
Close
Featured Posts
You continued your curses in the smack of not being able to answer my questions.
June 4, 2022

You continued your curses in the smack of not being able to answer my questions.

Denying and condemning Greece by the Spokesperson of the Ministry of Foreign Affairs Bilgiç – Last Minute Turkey News
May 20, 2022

“Our medicines, food, food for our animals are over, we want the road to be opened”

All restrictions on entry to Austria due to Covid-19 have been removed – Last Minute World News
May 16, 2022

After Kemal Kılıçdaroğlu, the doors of the Ministry of National Education were closed to educators.
September 10, 2022

After Kemal Kılıçdaroğlu, the doors of the Ministry of National Education were closed to educators.

RTVE unfolds by surprise the grand finale of MasterChef Celebrity 7