The user who shared a post about ‘Erşan Kuneri’ from his social media account, “I officially opened Erşan Kuneri with zero expectations, but I officially had to stop and laugh for 1-2 minutes in each episode. I came to the 6th episode, it’s a legend indeed. Cooperative Kemal is my favorite episode so far. I felt like a click of a breeze in it” said.

Zafer Algöz, the leading actor of the series, also responded to the post, “For Gibi to reach this level, he needs to eat 2 ovens of bread and 4 ovens of Izmir boyoz” gave the answer. 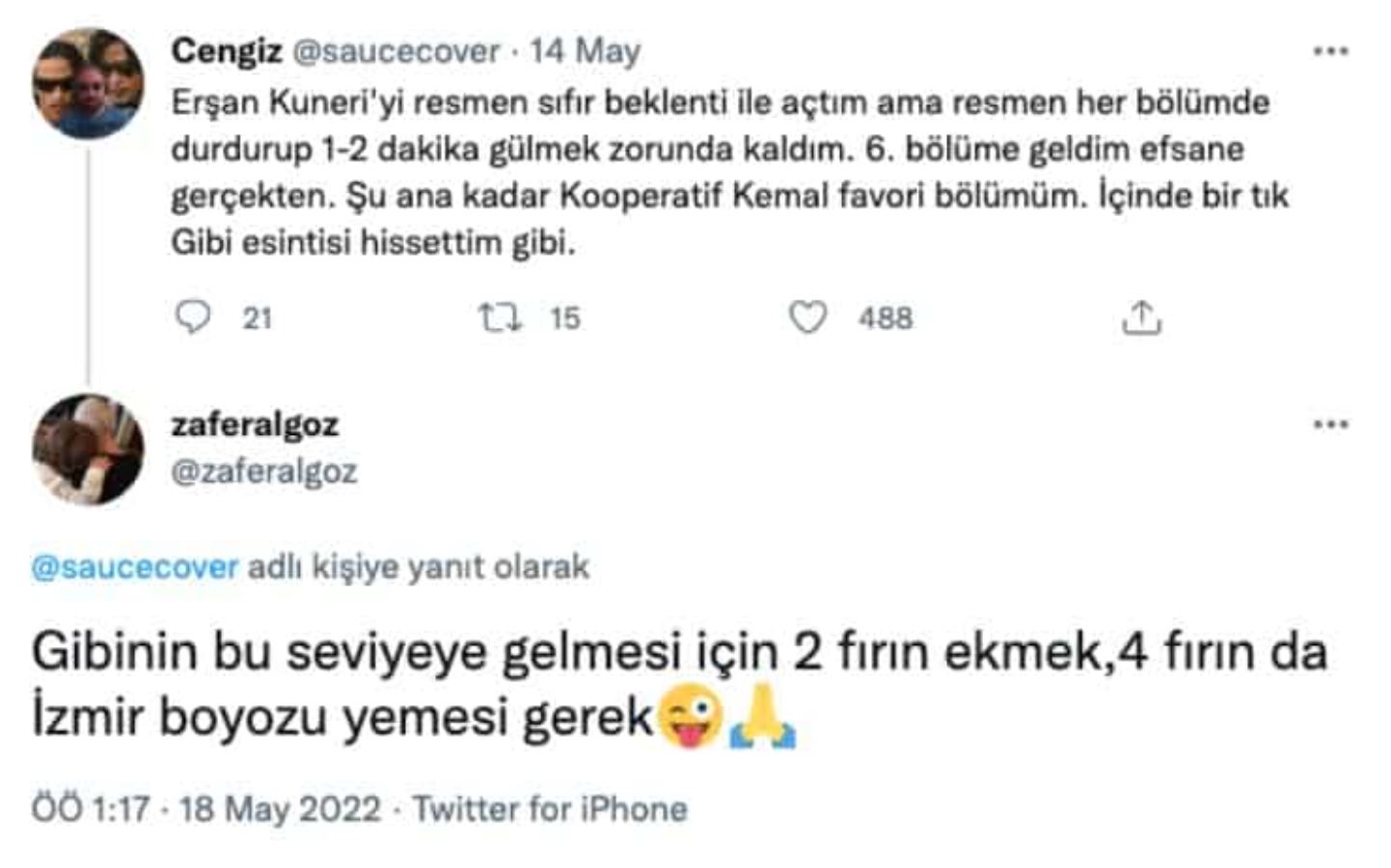 Alagöz, to another follower who thinks that this comment is not ‘constructive’: “I don’t want to compare the starchy water pudding with the creamy bread kadaif. Otherwise, of course, everyone’s taste is first class” said. 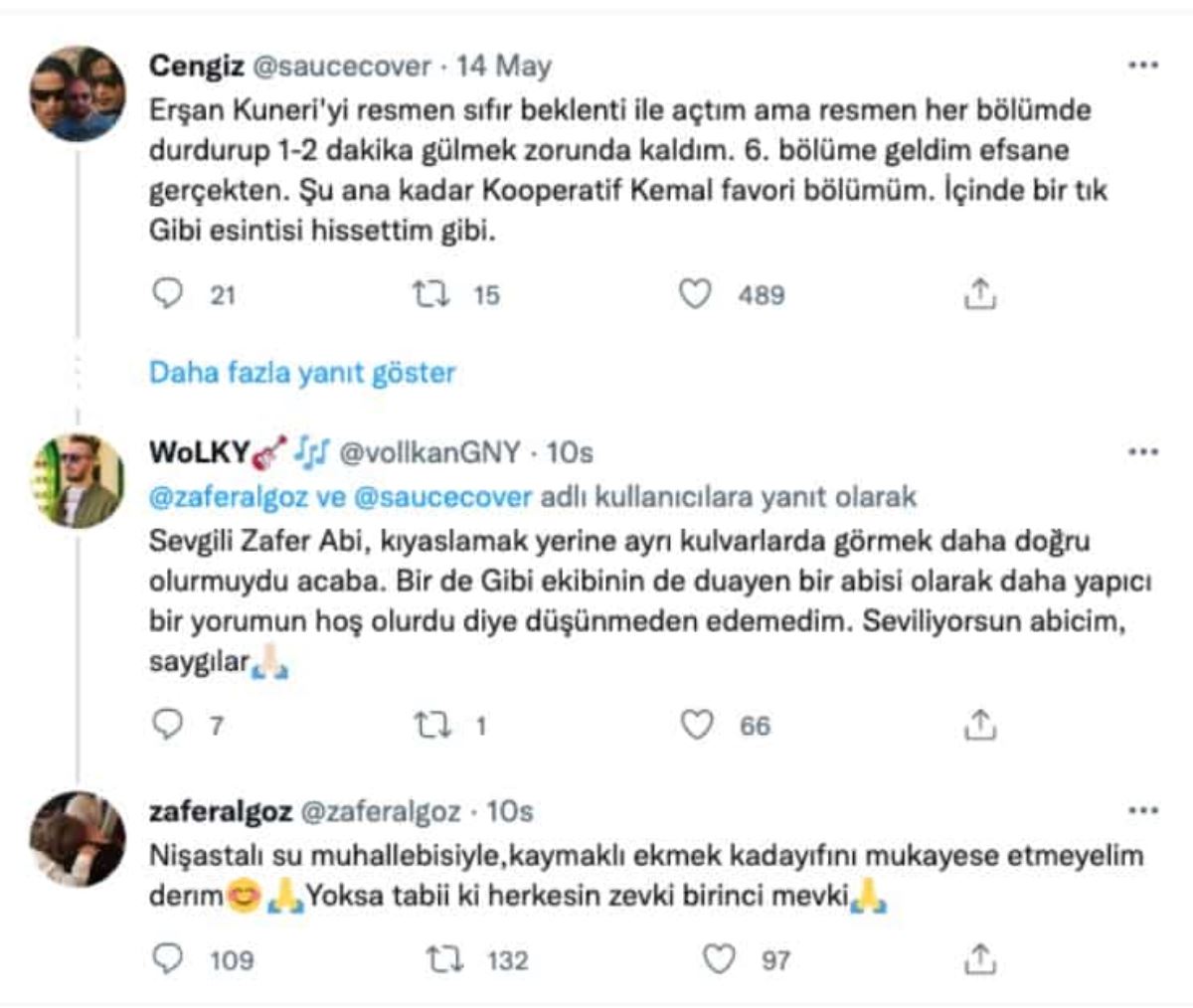 RESPONSE WITHOUT A NAME

Algöz’s comments, which are on the agenda in social media, were responded to by Kivanc Kilinc, the Ilkkan of Gin.

Kilinc, who shared his social media account anonymously, “It can be effortlessly observed that adulthood and evolution are the result of mental and cultural processes, not biological ones.” he said.

Feyyaz Yiğit, who is one of the creators of Gibi and plays the character of “Yılmaz” in the lead role, has not yet made a statement.

RTVE confirms that it will broadcast the next two Champions League finals, in an attempt to stop the bleeding of audience

Video.. The first prisoner exchange between Russia and Ukraine

“They look like ‘Uncle Scrooge’, we just plain ‘gilis'”
4 weeks ago

“They look like ‘Uncle Scrooge’, we just plain ‘gilis'”

Turkey step for NATO membership from Sweden: They will send a delegation!
May 15, 2022

Turkey step for NATO membership from Sweden: They will send a delegation!

The rings of power’ updates its audience data and talks about season 2
October 5, 2022

The reason for the forest fire in Marmaris has been determined
July 29, 2022

The reason for the forest fire in Marmaris has been determined

McKinsey: The UAE’s defense systems are effective and we will make sure to strengthen them
February 8, 2022

McKinsey: The UAE’s defense systems are effective and we will make sure to strengthen them

Marriage loan from the Credit Bank in Saudi Arabia 1443

US B-52 bombers arrive in Britain

Real Madrid coach Carlo Ancelotti talks about the future of Eden Hazard
May 15, 2022

Denying the claim of exemption from military service of the students of the Religious Academy
May 16, 2022

They shot the ‘doner maker’ in Esenler: ‘If the shop was open…’