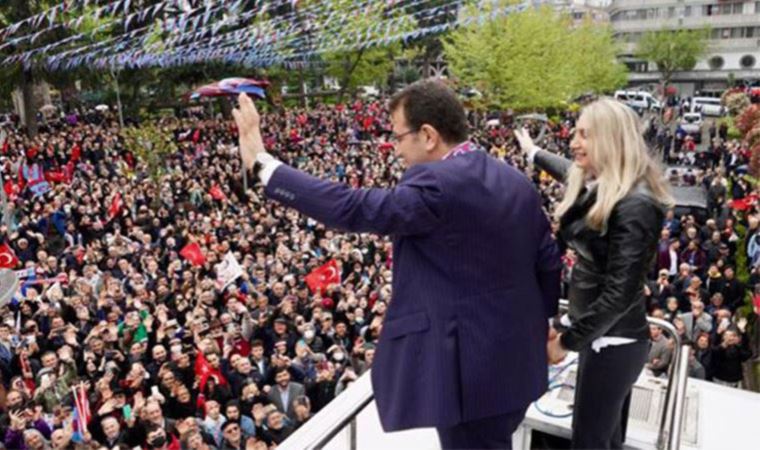 In the last year, Imamoglu, who traveled every inch of Anatolia and distributed 40 thousand boots and coats to children in 24 regions, all of which were funded by donations, and the AKP group, which did not speak out for its benevolence at that time, created the agenda with provocative expressions when it came to Trabzon, “Do not wear down Imamoglu and CHP. interpreted as “policy”.

The impact of İmamoğlu, who wanted to support poor people and children by traveling every inch of Anatolia since his term as Beylikdüzü Mayor, caused discomfort in the AKP headquarters, and the issue resonated both in Istanbul and Trabzon. İmamoğlu, who tried to support the citizens in need in Trabzon and its 18 districts during his Eid visit, and previously in Amasya, Çorum, Yozgat, Kırşehir, Karaman, Niğde, Giresun, Ordu, Çankırı, Tokat, Tunceli, Artvin, Hakkari, Van, Şırnak, Diyarbakır He carried out similar studies in Ağrı, Kars, Ardahan, Şanlıurfa, Elazığ, Van, Bitlis and İzmir.

IS IT MADE AGAINST TRABZON?

After İmamoğlu distributed aid boxes and grocery shopping vouchers to poor families in need in Trabzon during the Candy Feast, local AKP members and members of the Trabzon local council from the İBB tried to “wear out” İmamoğlu. The statements of IMM AKP Group Spokesperson Murat Türkyılmaz were condemned by the prudent people in Trabzon. Türkyılmaz, who also has family ties to the former Pendik Mayor Erol Kaya, said about the holiday gifts given to the poor in Trabzon, “The head of the IMM Head of the Head of the Head of Head of Department, Yavuz Saltık, is distributing ‘social aid’ on behalf of İmamoğlu during his visit to Trabzon and in a way that will decipher the families. he rudely shares it on his personal page. Istanbul has never been your priority, but this is too much!” His words are interpreted as the discomfort felt about helping the poor in Trabzon.

As will be remembered, Esenler Mayor and İBB Group Deputy Chairman Tevfik Göksu implied İmamoğlu as “Pontus” after Ekrem İmamoğlu won the local election on March 31, “What does the Greek media say: The Greek won Istanbul. Wait a minute! Where is this friend from? Where is the CHP candidate from? The account is big, the event is big,” he said. These words drew the reaction of the citizens of Trabzon.

According to the research, 63 percent of consumers buy a product they find cheap, even if they don’t need it.

Gustavo González confirms his dismissal from Slvame: “It’s over”

Citizens cannot obtain information about the field of ministries

A clear message from Turkey to Sweden and Finland: If you expect NATO’s second largest army to defend you
May 18, 2022

A clear message from Turkey to Sweden and Finland: If you expect NATO’s second largest army to defend you

Yunus Akgün did not pass Galatasaray empty again! 3 goals this season…
May 16, 2022

First he hit his car, then he hit him with a shotgun

How to make pancakes for Valentine’s Day
February 10, 2022

How to make pancakes for Valentine’s Day

A “cry of anger” from Ukraine .. Saddam Hussein and Gaddafi beside Putin
February 13, 2022

A “cry of anger” from Ukraine .. Saddam Hussein and Gaddafi beside Putin

‘Erdogan’s decrees began to return from the judiciary one by one’
August 21, 2022