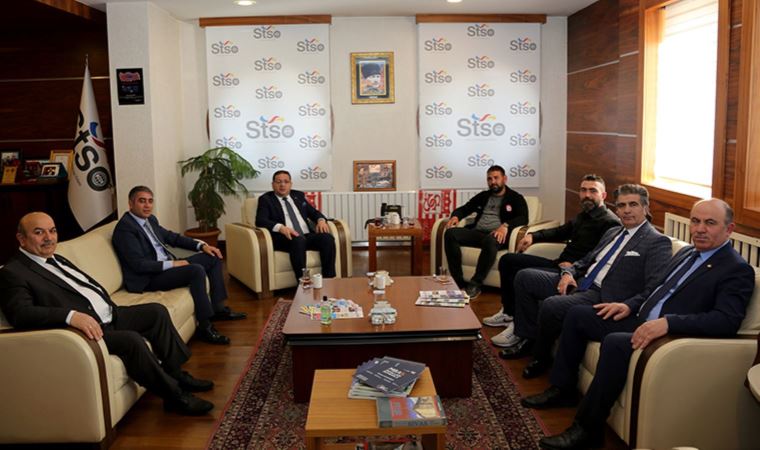 Sivas Chamber of Commerce and Industry (STSO) will organize bus services for the fans who want to go to the Ziraat Turkish Cup final match to be played in Istanbul on May 26 between Demir Grup Sivasspor and Kayserispor.

According to the statement made by STSO, representatives of Sivasspor supporter groups, who visited STSO managers, asked for vehicle support so that the fans could go to the cup final to be played in Istanbul.

Stating that they always support the red-and-white club, STSO President Mustafa Eken said, “We know the importance of the match in Istanbul. We will be in the stands to give our team full support there. We have given the necessary support to the enduring and loyal fans of our Sivasspor so that they can take their place in the stands. We’ll give it back as we are.” used the phrases.

Eken said to the associations and people of Sivas in Istanbul, “I invite all Sivas people living in Istanbul to the stadium for this important match.” he called.

Hit and run.. A video documenting the street war in Kharkiv

A “naked picture” causes a crisis in the Juventus dressing rooms

Spain has 40 definite, 52 suspected cases of monkeypox, mostly in Madrid

Chelo García Cortés is “fed up” with Pedroche’s dresses, and avoids Risto’s controversy
11 hours ago

Programming, schedules, participants and where to see the festival on TV
12 hours ago

Adana Demirsporlu Yunus Akgun was not happy with the goal!
May 16, 2022

Adana Demirsporlu Yunus Akgun was not happy with the goal!

Increase in the number of cases due to Omicron variants in the Netherlands
June 13, 2022

Gun attack in the supermarket in the USA! There are many injured
May 14, 2022

Gun attack in the supermarket in the USA! There are many injured