The reactions to the Supreme Court’s approval of the prison sentences given to CHP Istanbul Provincial Chair Canan Kaftancıoğlu continue. Finally, a sharing on the subject; came from the famous pianist Fazil Say.

Say, who lost his father, musicologist and writer Ahmet Say two days ago, shared on his social media; While thanking him for his condolence messages, he also reacted to the Supreme Court decision about CHP Istanbul Provincial Chair Canan Kaftancıoğlu.

SUPPORT TO KAFTANCIOĞLU AND İMAMOĞLU

Say, “I will write when I recover a bit. No one can touch the hair of dear Canan. I will stand against those who want to take down Imamoglu in such a ridiculous and unlawful manner. We will not let him eat. My gratitude to all those who offer my condolences” said. 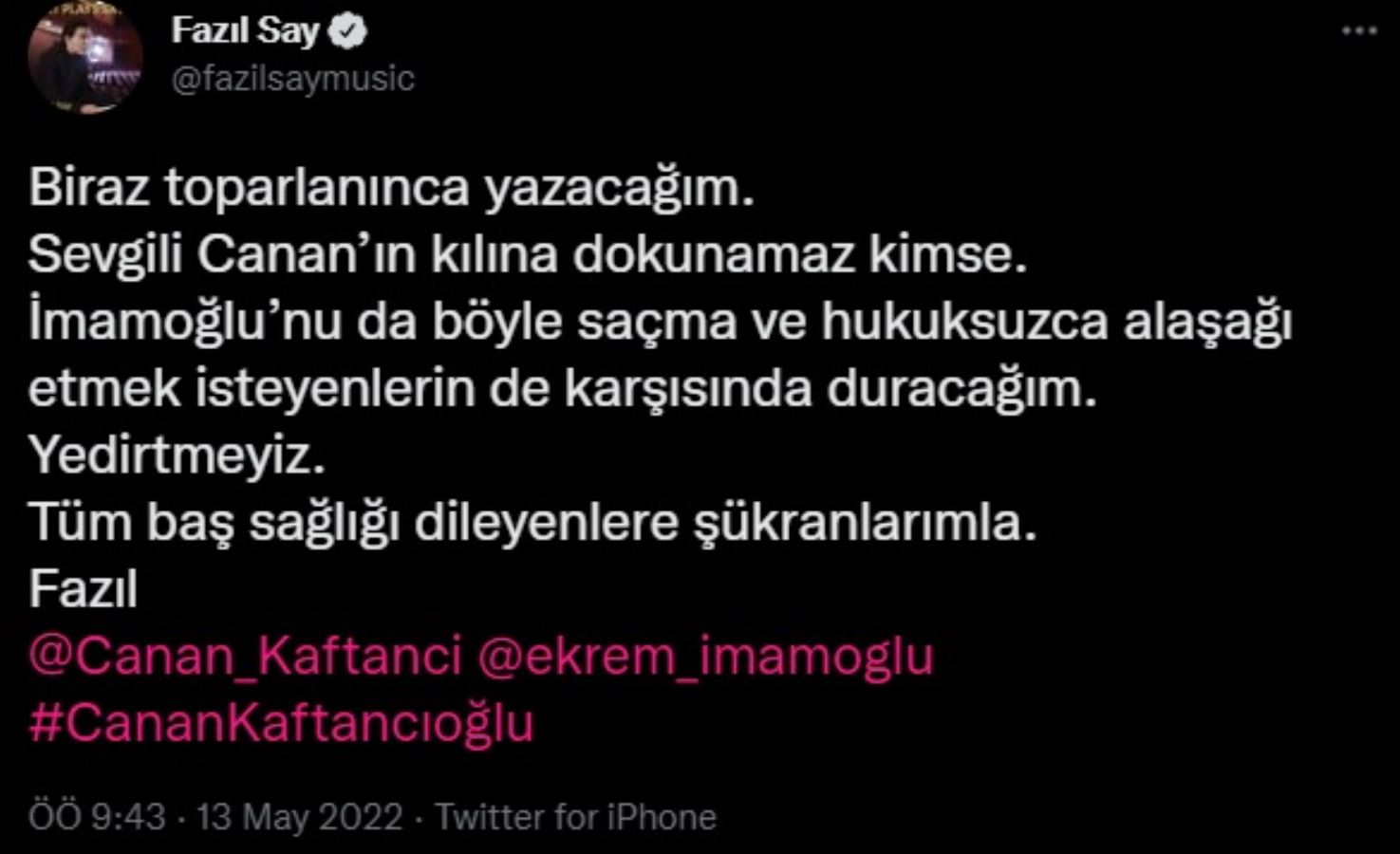 Say, “I think Ekrem İmamoğlu understands well that he cannot take his ‘ugly’ with him to win against evil and that this creates disappointment in all of us. If we are against unlawful injustice to be done against him, of course we will stand up. Because we are against unlawfulness in this country,” he said. while making a statement; “We are with dear Canan. We will not let her be touched. Our real hero is Canan Kaftancıoğlu. We will never let her eat her” gave your message. 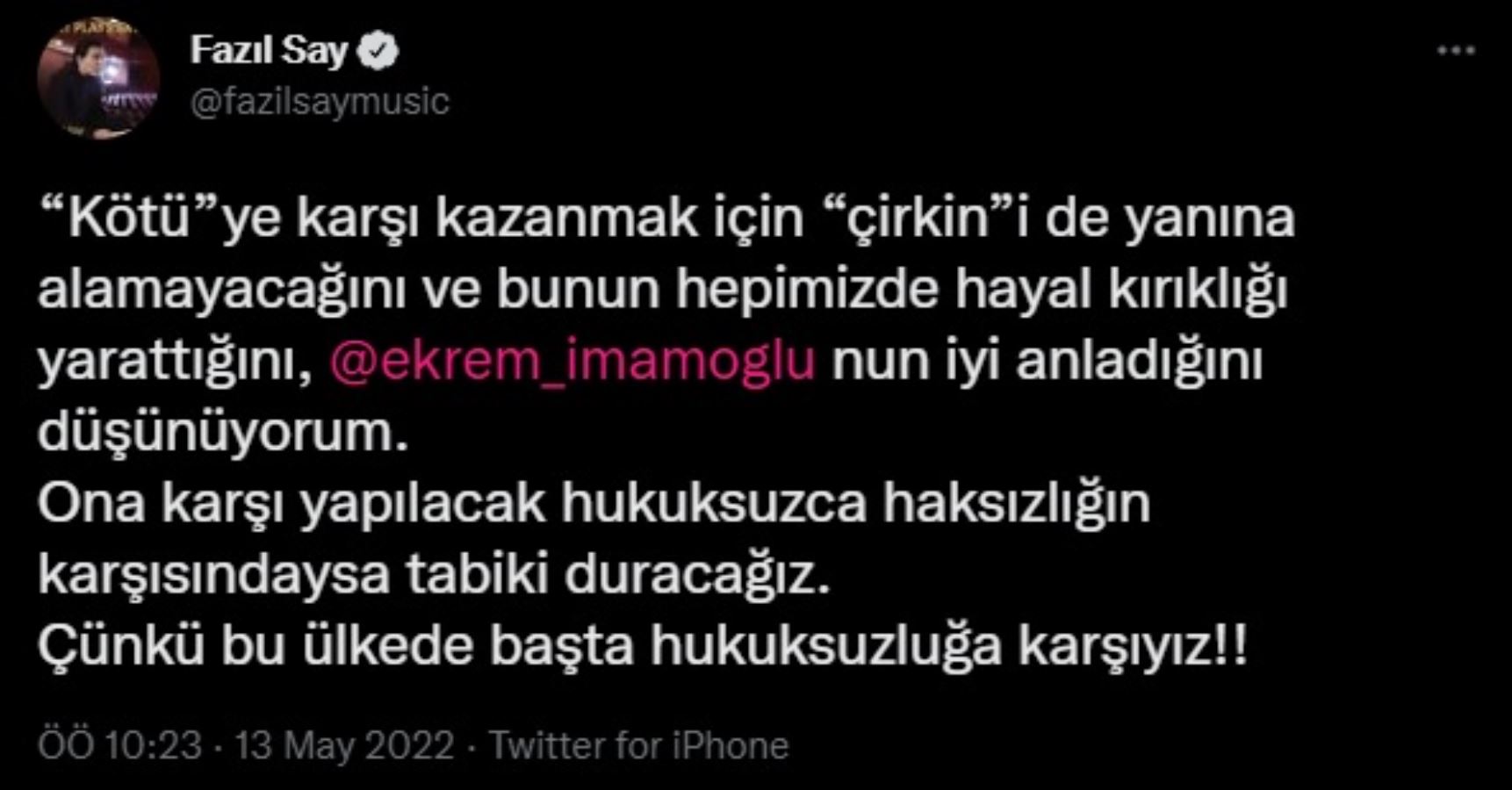 The Supreme Court of Appeals upheld the sentences of CHP Istanbul Provincial Chair Canan Kaftancıoğlu in 3 cases and dropped 2 cases.

Jon Kortajarena’s “farlopero presenter” provokes the anger of Alonso Caparrs: “He is a category imbecile”

Support for Melek Mosso from Funda Arar and Derya Uluğ

Mediafest Night Fever: Kiko Matamoros suffered a fall at ‘Mediafest’: “He could have been killed”

María Patiño announces the release date of ‘Mediafest Night Fever’, which will affect ‘Deluxe’
3 weeks ago

MHP’s Oktay Vural got his son married, the lobby was active

Message from AFAD to citizens: Be careful
July 9, 2022

Message from AFAD to citizens: Be careful

8 injured in monkey attack in Japan

Sultans of Doğuş promoted to Super League
May 16, 2022

The first veto from Turkey to the NATO membership of Finland and Sweden
May 19, 2022

He shot his cousin while he was joking with the gun