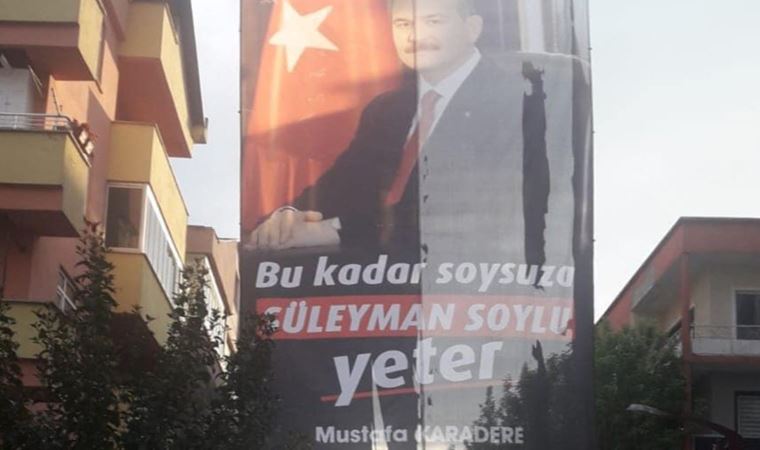 Giresun’s Espiye Mayor, Mustafa Karadere, hung a banner in the district center with the words “Suleyman Soylu is enough for so many delinquents”.

The banner with the photo of Interior Minister Süleyman Soylu drew a reaction. Gültekin Uzunalioğlu, a lawyer from Giresun Bar Association and former CHP Provincial Chair, said, “We strongly condemn those who prepared and put up this banner containing these lowly words that degrade the level of politics, are rude and provoke our people.” Uzunalioğlu said, “Nobility and nobility include service to the public with courtesy. We invite our political opponents to courtesy by reminding that those who behave in an insulting manner and in a rude manner are the last to speak of nobility.

Admirals, who were prosecuted due to Montreux and ‘robed admiral’ statements, are before the judge

When do you call the emergency? .. 12 causes of chest pain

AKP members entered a race of condolences for Ömer Tuğrul İnanç, the ‘sheikh’ of the Surgical order

New warning for Kocaeli environment from Meteorology: ‘It will be strong’
August 27, 2022

New warning for Kocaeli environment from Meteorology: ‘It will be strong’

Attacks on the Zaporozhye Nuclear Power Plant could spell disaster

Manchester City came back from 2-0 but collapsed on penalty!

Reaction from Rumelian Turks to ‘refugees’

‘No, Mr. Erdogan, there is no room for uncles in Greece’