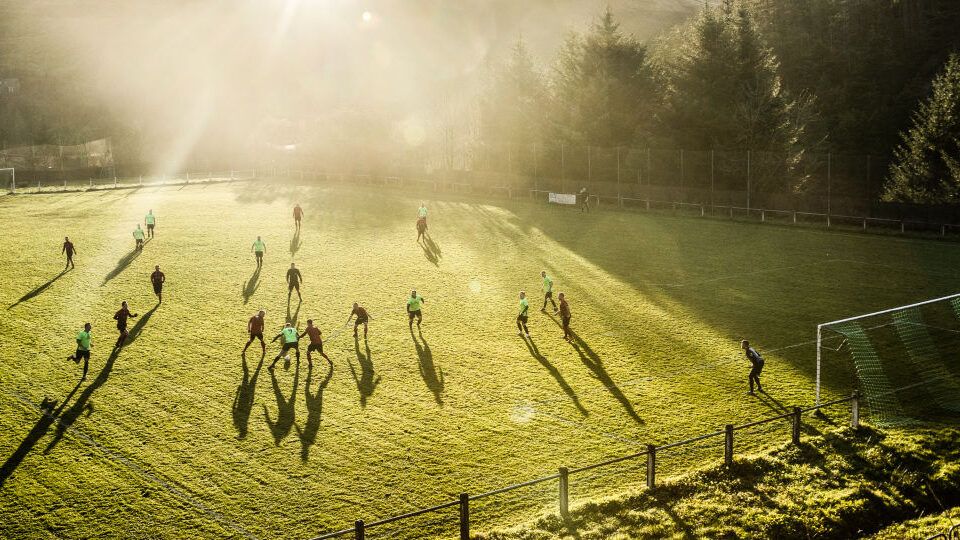 The terrorist Houthi militia in Saada governorate prevented a sports team from participating in a sports tournament organized by the governorate Saada In northern Yemen, because of their “shorts”, arguing that they are “obscene and contrary to what they called “faith identity”.
Local sources said that the director of the Youth and Sports Office in Saada Governorate, appointed by the militias, Abdul Elah Al-Hakim, excluded the “Ittifaq Al-Talh” team from a tournament organized by the group and called it “Al-Samad”, because of their wearing of the “sports shorts” that all sports teams in the world are used to wearing in All matches.
The sources added that the Houthi leader directed the players to wear “long skirts or trousers” and to leave the official dress and the usual sports uniform.
This coincides with the terrorist Houthi militia launching a campaign through the offices of industry and commerce in the directorates of the capital Sana’a to burn the covers and pictures of women’s underwear in Sana’a markets and fine their owners on the pretext that they are “contrary to morals and religion.”
Extremist behaviors and practices similar to those of Al-Qaeda and ISIS were repeated by the leaders of the Houthi militia, including preventing mixing, destroying statues for displaying clothes, and burning “abaya belts”, claiming that they are indecent and delay victory.

A dispute in the Kremlin? .. Putin embarrasses his intelligence chief in front of everyone (video)

Israel detects cholera contamination, and it is likely that it was transmitted from Syria

Trending Sport | Do sports sanctions on Russia contribute to ending the invasion?

Australia to designate Hamas as a terrorist organization
February 17, 2022

Australia to designate Hamas as a terrorist organization

A person reached the metro rails in Kadıköy

Favorite and mustache action in Police: They started a ‘civil disobedience’ action
July 26, 2022

Favorite and mustache action in Police: They started a ‘civil disobedience’ action

This is how Atresmedia promotes its renewed ‘laSexta Xplica’ for Saturday nights
October 12, 2022

Reaction from the Ministry of Foreign Affairs to Greece: We completely reject the baseless allegations and accusations – Last Minute Turkey News
May 20, 2022

Reaction from the Ministry of Foreign Affairs to Greece: We completely reject the baseless allegations and accusations – Last Minute Turkey News