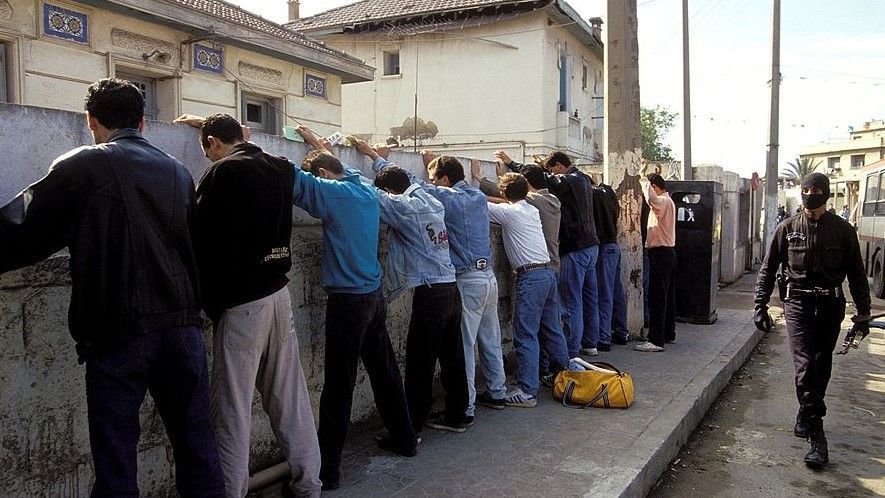 The Algerian Ministry of Defense announces the elimination of 7 terrorists

The Algerian Ministry of Defense announced the killing of seven armed terrorists in the northeast of the country in a military operation that is still ongoing.

The ministry said in a statement reported by the Algerian News Agency that the seven terrorists were killed during a “search and combing operation in the Oued El Douar forest in Skikda state, in the Fifth Military Region.”

She added that the operation made it possible to “retrieve six sub-machine guns Kalashnikov a rifle with scopes, significant quantities of ammunition and communication devices, in addition to clothing, medicine, and other items.”

On January 1, the Ministry of Defense announced that the operations carried out by the army during the year 2021 enabled it to neutralize 23 “terrorists” and arrest 222 members of armed terrorist groups.

Two soldiers were killed in Algeria last month, as a result of a clash with a terrorist group on the border strip in the Hassi-Terreen region of the En Ghezzam operational sector in the Sixth Military Region.

The Ministry of Defense stated at the time that terrorists were eliminated and a heavy (12.7 mm) machine gun, two Kalashnikov machine guns, a four-wheel drive vehicle and a quantity of ammunition of various calibers were recovered.

Watch out for the fall leaves! It may damage your car

The Madinaty platform in Jeddah announces the registration of more than 31,000 electronic contracts in 2022

This is how he endured the pulse of the dreaded application

By admin
Recent Posts
Latest News
Facebook Twitter WhatsApp Telegram
Back to top button
Close
Featured Posts
Bolaños justifies the new presidency of RTVE and proposes to the PP to agree on the future leadership
October 5, 2022

Egypt records a rise in foreign reserves
May 9, 2022

Yunus Akgün did not pass Galatasaray empty again! 3 goals this season…
May 16, 2022

‘The island of temptations 5’ (12.7%) scores another public record with its second access of reunions
December 28, 2022

‘The island of temptations 5’ (12.7%) scores another public record with its second access of reunions

$30 billion resource from the World Bank against the food crisis
May 18, 2022

$30 billion resource from the World Bank against the food crisis

Atresplayer Premium advances the release month of ‘Nacho’, after acquiring it from Lionsgate+
January 4, 2023

Atresplayer Premium advances the release month of ‘Nacho’, after acquiring it from Lionsgate+