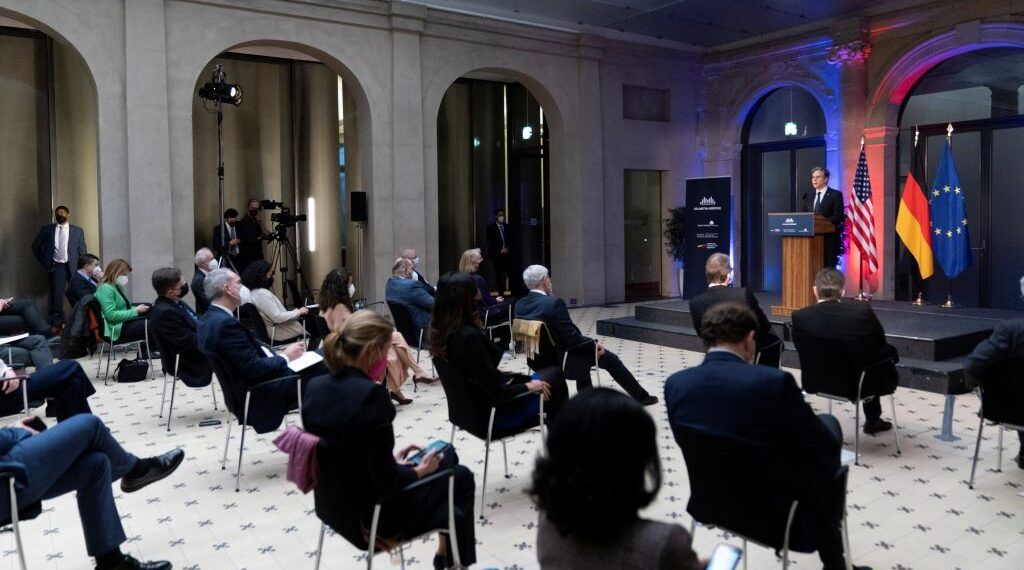 considered Berlin that Russia is endangering Europe’s security through “demands dating back to cold War“, in a situation that comes before the annual Munich Security Conference, which will be dominated by the Ukraine crisis.
“With the unprecedented deployment of troops on the border with Ukraine and demands dating back to the Cold War, Russia is challenging the basic principles of the European peace system,” Birbock said in a statement. Birbock urged Moscow to demonstrate “serious de-escalation efforts.”
International leaders and high-ranking diplomats meet in Munich, southern Germany, from Friday to Sunday for discussions on defense and security issues.
The annual conference is held at the height of tension between Moscow and the West, which fears that Russian forces are preparing to invade Ukraine.
Various formats will be held in Munich with the attendance of US Vice President Kamala Harris, US Secretary of State Anthony Blinken, UN Secretary-General Antonio Guterres, European Commission President Ursula von der Leyen, NATO Secretary-General Jens Stoltenberg and Ukrainian President Volodymyr Zelensky.
Usually, Russian Foreign Minister Sergei Lavrov participates in this annual conference, but he has not decided to attend this year.
Birbock said Lavrov’s absence represented a missed “opportunity”. “In this very dangerous current situation, it was very important to meet with Russian representatives,” she added.
On Saturday, the German foreign minister will chair a meeting of her counterparts in the G7 countries devoted to Ukraine. She said that this meeting of the foreign ministers of Germany, which currently holds the presidency of the Group of Seven, and France, Britain, the United States, Japan, Canada and Italy, will allow sending a “message of unity.”
“We are ready for a serious dialogue about security for all. Even small steps towards peace are better than big steps towards war, but we need serious de-escalation measures from Russia,” she added.

In pictures.. Bab Al-Hara star Yahya Bayazi accompanied by his son and the audience interacted

Twinkle Khanna is living her teenage days with Akshay Kumar

Check Also
Close
The France-Denmark (20.6%) captures the attention in the afternoon and the ‘Deluxe’ (12.6%) leads downwards at night
36 mins ago

Telecinco: Jorge Pérez leaves the set of ‘Fiesta’ after discovering his infidelity with Alba Carrillo: “I have passed some limits”
2 hours ago

For the first time .. Senegal wins the African Nations title at the expense of Egypt
February 6, 2022

For the first time .. Senegal wins the African Nations title at the expense of Egypt

Antena 3 opens casting and reveals the definitive name of its new contest with Juanra Bonet
October 21, 2022

Youth and Sports Minister Mehmet Muharrem Kasapoğlu announced that 1,17 workers will be recruited to the ministry.
August 4, 2022

Youth and Sports Minister Mehmet Muharrem Kasapoğlu announced that 1,17 workers will be recruited to the ministry.

The bones of Ayşe, who disappeared 21 years ago, were found in the well

Western condemnations and demands for sanctions after Putin’s historic confession

Three-year-old Alparslan, who has SMA, will go to Dubai for treatment.

75 million euros waiting for the minister for 9 months

“If they do not solve it, we are already coming, we will solve it”