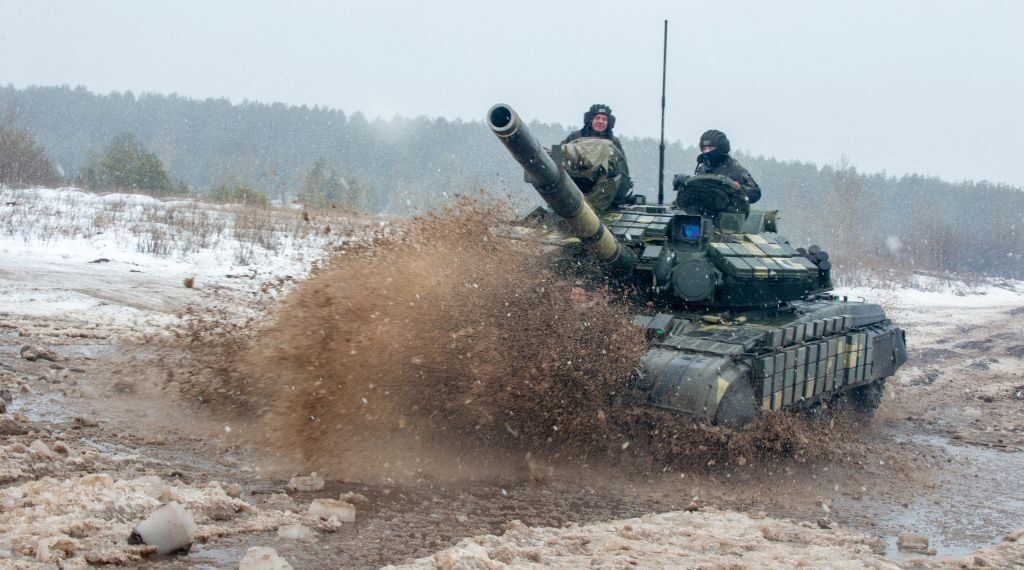 Ukraine .. Western concern about the possibility of a Russian invasion

Aras Sino, a news reporter now in Kharkov – one of Ukraine’s cities near the Russian border – said that the Ukrainian street is currently witnessing a calm, and there are no scenes that express a state of anxiety – against the background of the tensions caused by the Russian crowds on the Ukrainian border, pointing out On Friday, Ukrainian President Vladimir Zelensky visited the border city of Kharkov, a defensive security visit, after declaring that the city was under threat of invasion.

Now, a news reporter clarified that the statistics of sociologists at the Ukrainian Future Institute in Kiev estimate that from 27% to 40% of the Ukrainian people are ready to defend their country and take up arms.

He pointed out that the existing tension is only economic tension, following the collapse of the Ukrainian currency, which prompted the Ukrainian president to call on the West not to escalate the media, given the impact of this escalation on the Ukrainian economy.

According to earlier today, the US Secretary of State had announced Anthony Blinken He will talk to his Russian counterpart Sergey LavrovSaturday, in a last-ditch effort to avert a possible Russian invasion of Ukraine.

“We continue to see very worrying signs of a Russian escalation, including the arrival of new forces at the border with Ukraine,” Blinken told a news conference in Fiji.

“If Russia is really interested in resolving the self-made crisis, through diplomacy and dialogue, we are ready to do so,” he added.

He added, “But this must happen within the framework of de-escalation. So far, we have only seen an escalation from Moscow.”

Suhail Al-Hamoud.. The first Arab to announce his desire to fight in the Ukrainian army

The agreement signed with the USA gives us security guarantee

TOGG’s Sedan model started to be exhibited in Istanbul
July 20, 2022

TOGG’s Sedan model started to be exhibited in Istanbul

The President of Tunisia announces the details of the new Supreme Judicial Council
February 13, 2022

Lukas Podolski extends his contract with Gornik Zabrze
May 19, 2022

The Iraqi judiciary excludes Zebari from the race for the presidency
February 13, 2022

The Iraqi judiciary excludes Zebari from the race for the presidency

‘I gave you a half, why did you give me a quarter?’ the second act of the fight

McKenzie’s warnings to Iran… What is their impact on the Houthis?
February 5, 2022

McKenzie’s warnings to Iran… What is their impact on the Houthis?

Work on KYK debts has been completed

In the video.. the moment the baby Fawaz Qetaifan arrived and was received by his family
February 12, 2022

In the video.. the moment the baby Fawaz Qetaifan arrived and was received by his family