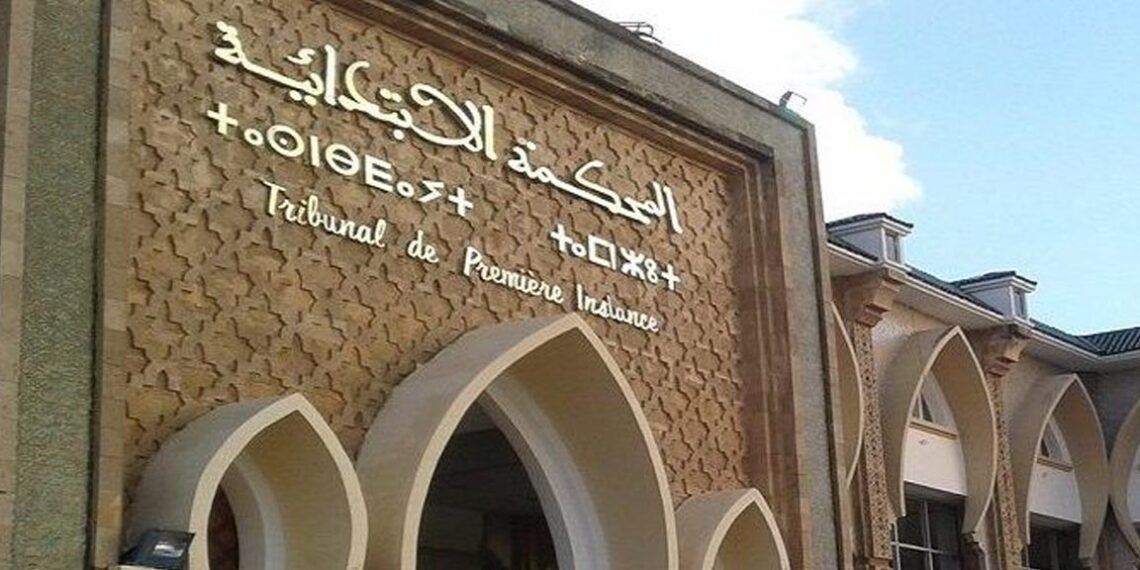 Against the backdrop of a series of sexual blackmail scandals, a university professor was imprisoned for harassment

The Moroccan judiciary has issued a one-year prison sentence for a university professor for “sexual harassment” of one of his students, against the backdrop of a series of sexual extortion scandals in universities, a civil society activist said Saturday.

“The Court of First Instance in Tangiers convicted the accused of sexual harassment and sentenced him to one year in prison, with effect,” lawyer Aisha Kallaa said in a statement to Agence France-Presse.

And the lawyer added, “We are not satisfied with this ruling because the actions that are being reported are very serious and will have a lasting impact on the victim.”

He was a professor of Spanish at King Fahd High School in Tangiers (Shamal), 46, was arrested in early January in the midst of a wave of condemnation of extortion and sexual harassment in university circles.

Scandals continued in these circles, which led to widespread resentment on social networks, and necessitated the launch of legal prosecutions.

On January 12, a professor at the University of Settat near Casablanca was sentenced to two years in prison with enforcement for sexually blackmailing female students.

The verdict issued in January is the first in the context of a scandal dubbed “sex for points” affecting five university professors, whose sessions have not yet been concluded.

In recent years, the media has raised many cases of sexual harassment of female students by their professors in Moroccan universities, but the majority of these cases did not turn into complaints. And those that turned into judicial complaints were mostly left without follow-up.

Filing a complaint against a harasser is a very rare step in a conservative society, which often causes victims of sexual violence to remain silent for fear of reprisals, the eyes of others, or to protect the family’s reputation.

Human rights organizations and the media always warn of violence against Moroccan women.

In 2018, after a long debate that lasted for years, a law penalizing imprisonment entered into force practices that “consider a form of harassment, assault, sexual exploitation or ill-treatment.”

But associations for defending women’s rights, which call for more strictness in this regard, considered the text “insufficient.”

The reasons for the deviation of the car on the road, and these are the ways to confront them

By admin
Recent Posts
Latest News
Facebook Twitter WhatsApp Telegram
Back to top button
Close
Featured Posts
A president, an iron woman and a man in front of a tank.. Scenes of Ukraine’s resistance
February 27, 2022

A president, an iron woman and a man in front of a tank.. Scenes of Ukraine’s resistance

State’s factory is entrusted to SADAT

Public transport in Ankara will be ‘free’ on 19 May

Description of the ‘nation garden’ from Yapı Yol Sen: Employees are forced to attend the opening
May 22, 2022

Description of the ‘nation garden’ from Yapı Yol Sen: Employees are forced to attend the opening

Reaction from AKP’s Shamil Tayyar to the rent regulation: The decision should be reviewed
June 8, 2022

Reaction from AKP’s Shamil Tayyar to the rent regulation: The decision should be reviewed

Power lobby is moving: Election will be held on 14 May

He terrorized the bus driver: “I’ll cut your throat”

Vice President of Religious Affairs targeted women: ‘It’s as if there are no clothes to wear’
September 7, 2022

Vice President of Religious Affairs targeted women: ‘It’s as if there are no clothes to wear’